According to the BBC, Sir David Attenborough has released his strongest statement to date, highlighting the threat of climate change on our planet.

Sir David Attenborough described the current situation as a “catastrophe”. There is however, still time for us to make a change.

We are facing a man-made disaster on a global scale. In the last 20 years, conditions have changed far faster than he had imagined – with the planet quite literally changing in front of his eyes.

Sir David Attenborough went on to explain that although it may sound scary, if we don’t go on to take drastic action in the next decade, we could face irreversible damage to the natural world, leading to the collapse of our societies.

The next ten years are crucial, and Sir David Attenborough believes we can still salvage the changes if we continue to make changes in our lives.

After one of the hottest years on record, Sir David Attenborough looks at the science of climate change and potential solutions to this global threat. Interviews with some of the world’s leading climate scientists explore recent extreme weather conditions such as unprecedented storms and catastrophic wildfires. They also reveal what dangerous levels of climate change could mean for both human populations and the natural world in the future.

You can visibly see the change when comparing 1884 to 2018. The world is heating up as you can see from the snippets of the BBC episode below: 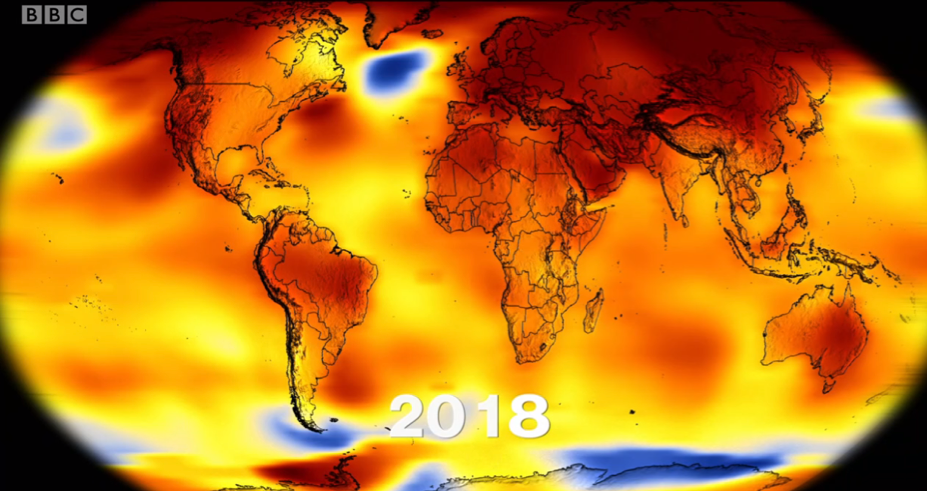 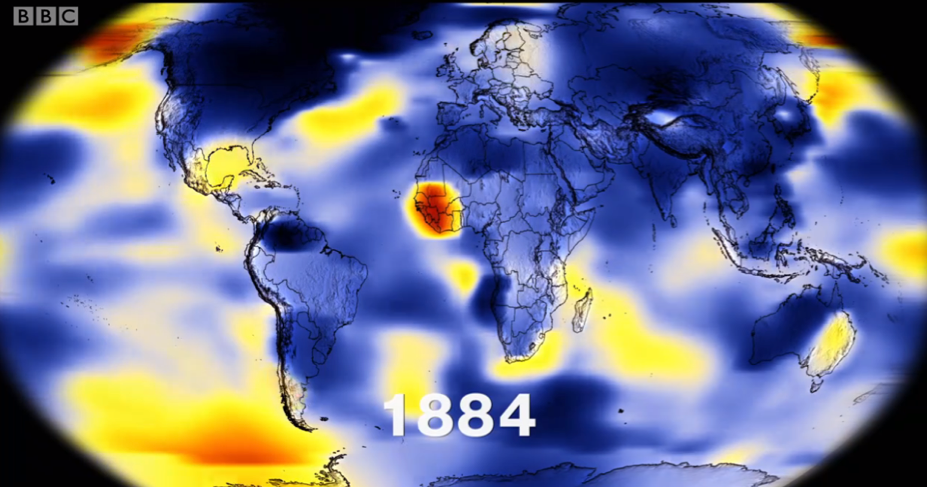 But what can we do to change our course?

It was highlighted that we need to eat everything that we buy to avoid wastage.

It is equally important that we avoid air freighted food and instead resort to other options in order to reduce the carbon footprint.

We need to concentrate on reducing our meat and dairy consumption, especially beef and lamb. The problem doesn’t lie in the traditional farming techniques, it lies in the intensive farming methods. This is due to cows and sheep ruminating methane.

Scientifically it has been proven that by taking these three steps, we could knock off two tonnes off an average person’s carbon footprint.

There’s a message for all of us in these young people. It is altering all their generation who will inherit this dangerous legacy.

We now stand at a unique point in our planet’s history, one where we must all share responsibility both for our present wellbeing and for the future of life on Earth.

Every one of us has the power to make changes and make them now.

Our wonderful natural world and the lives of our children, grandchildren, and all those who follow them, depend upon us doing so.

Transport is said to account for 14% of the worldwide carbon footprint, as shown in the image below: 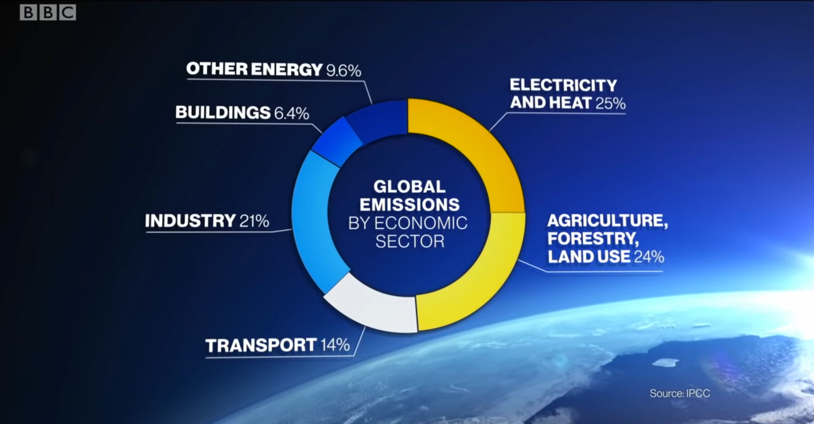 Although fuelling your journey electrically won’t save the world, eliminating even 14% of the carbon footprint would still have a drastic impact.

Are you an EV owner? Contact EV Camel to fuel change to our planet here.